In conjunction with our Q4 Venture Financing Report, I sat down with Hayley Barna from First Round Capital to get her take on the state of venture capital investing.

A few highlights from Hayley Barna 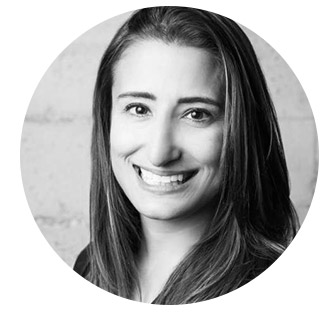 On the atomization of seed rounds: Often founders are raising multiple seeds – sometimes raising their institutional seed after already raising over a million dollars, whether through a “friends and family” round or a pre-seed round.

On the availability of capital: I think capital constraints are good for a company and a founder to force them to stay focused on proving the core hypothesis instead of spreading their resources and team over many different [ones].

On consumer tech: We’re actually seeing a lot of consumer companies that aren’t software based and instead operate in the real world with physical assets. … For us as a tech VC, it feels like that’s on the edge of our investment thesis.

Based on your and First Round’s experience, what are your thoughts on the Cooley Q4 VFR data? Were there any surprises? Any views on the environment that you think are unique to a seed-stage investor’s perspective?

There weren’t any surprises. I think the data confirms the trends we have been seeing: increasingly large round sizes, healthy valuations and founder-friendly terms.

What I could offer from my perspective as a seed-stage investor is that, although there is one category shown in the data for seed stage, what we’ve seen in practice is that there has been an atomization of seed rounds. Often founders are raising multiple seeds – sometimes raising their institutional seed after already raising over a million dollars, whether through a “friends and family” round or a pre-seed round. We’re also seeing second seeds becoming common. Overall, we are seeing companies raise a lot more capital before they get to the Series A stage.

Do you have thoughts on why that might be happening?

I think there are factors on both sides. I think it’s related to the supply of money at the seed stage in terms of the wider participation of a larger group of individuals, whether it’s angel investors, scout funds or micro funds that want to invest earlier at lower valuations. I also think that founders are seeing that the hurdle to raise a Series A round is higher than ever and want to raise more at the seed stage to make sure that they can later clear that hurdle.

Any other thoughts on the health of the market?

We invest in dozens of companies every year at the seed stage and measure the matriculation rate of our companies from seed to an outside-led Series A. We continue to see that metric stay sustained at a high rate for our portfolio. We also continue to see strong valuations for Series A and Series B-stage companies and those fundraise processes are happening quickly and competitively. Of course there are exceptions, but overall it’s been a strong market from our perspective.

Looking back at 2018, are there trends that you are seeing in the consumer space that differ from what First Round is seeing in the tech sector and in the market generally?

At First Round, we define our portion of the consumer sector as being “tech-enabled consumer,” meaning there’s an ability to scale efficiently and quickly, whether that’s through network effects or through a data advantage or some other proprietary technology. We’re [not focused on] investing in brands or in packaged goods.

Looking at our funds historically, we’ve actually seen consumer drop as a percent of our overall portfolio in the past few years. We think this is because there hasn’t been a new consumer platform to build on, as social and mobile acted as the platforms of five and 10 years ago, which allowed new large consumer companies to build on top of those platform shifts.

Instead we’re actually seeing a lot of consumer companies that aren’t software based – I wouldn’t even call them consumer tech companies – they instead operate in the real world with physical assets, whether that’s physical brands and product or real estate. For us as a tech VC, it feels like that’s on the edge of our investment thesis.

To contrast, the lack of a new platform in consumer is different from what we’re seeing in enterprise, where we are really excited about AI as a platform and the impact that that’s having across different verticals in the enterprise landscape.

Are there any new trends or significant changes that you expect (or hope) to see in 2019?

There’s been a bigger focus on building technology and services for older demographics, such as baby boomers and tech-literate seniors. A lot of consumer brands have been focused on millennials. But what are the brands and services that should be built for the older demographics – we’re seeing a lot of investor as well as founder activity there.

I’m also seeing convergence between consumer and healthcare, which is exciting – consumers taking more control over their health and using a holistic approach to health, defining it more as wellness overall. But in terms of trends or terms and all of that, no crystal ball here.

With more venture dollars than ever going to work on startups’ capitalization tables, are you worried this will impact the efficiency of dollars spent?

What we’ve observed is that the velocity of money has increased, so the speed of decision-making and the speed that founders are going from conception of an idea to funding of an idea has really truncated. In some cases, that means that firms are essentially placing team bets and at the seed stage this can mean that founders are raising an idea that hasn’t fully been vetted, only to find out that it wasn’t the right pick.

We also wonder whether overfunding means fewer insights per dollar. I think capital constraints are good for a company and a founder, to force them to stay focused on proving the core hypothesis instead of spreading their resources and team over many different hypotheses or bets.

Any final thoughts about the investment environment? Is the recent (and potentially upcoming) government shutdown an issue for investors?

I think the shutdown is a concern for the tech community in both the short and long term. Short term, there’s the practical considerations associated with the SEC closure and for timing of IPOs. Long term, this shutdown is due to an immigration policy that isn’t friendly to immigration and talent – and that’s the lifeblood of innovation and entrepreneurship. I believe that immigration is critical and that we need to stay open, whether it’s asylum at the border or through a well-run visa process.

Hayley Barna is a partner at First Round Capital, based in New York. Prior to joining First Round she co-founded Birchbox, the leading beauty and grooming retailer seed funded by First Round in 2010. At First Round she works with a wide range of founders and businesses, with a focus on the New York market.

She served as co-CEO at Birchbox for five years from conception and launch and helped grow the business to more than a million monthly subscribers. She raised more than $70 million in venture capital, expanded the business internationally and launched new businesses and channels like men’s and retail stores. Hayley oversaw key functions including marketing, operations, strategy and technology.

Before launching Birchbox in 2010, Hayley received her MBA from Harvard Business School. She started her career as a strategy consultant at Bain & Company in New York. She also spent time at two different ends of the retail spectrum through her roles in strategy at Christie’s in Hong Kong and product management at Amazon in Seattle.

First Round is a venture capital firm that specializes in seed and early-stage investments and has offices in San Francisco, Philadelphia and New York. Together, its partners have spent 100+ years working with founding teams.

The firm emphasizes the importance of community and built First Round Network as a platform to connect startup builders across the platform. It publishes First Round Review, a blog featuring industry experts on management and operations best practices.