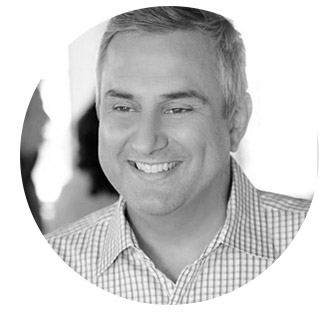 In conjunction with our Q4 Venture Financing Report, Mark Suster, partner at Upfront Ventures, discusses recent venture trends and what’s ahead for 2017.

In the second two quarters of 2015, it was remarkably harder to close later-stage deals. The amount of time that companies were spending in market was elongating. People shifted from greed to fear in order to get deals done. I thought, winter is coming.

We noticed that a lot of that funding came from non-traditional VCs, including hedge funds, mutual funds, LPs doing direct investments, corporate investors, non-traditional investors and angels. But in 2016 – we’re back in business as an industry. Winter came but it was mild.

And here are the trends that played out.

1. The rise of the global investor

Out of Japan and China we saw a massive increase in capital come into the US market. Similarly, we saw a massive decline of the price of a barrel of oil, and, with that, more pressure on the Arab states to modernize their economies and invest dollars in newer growth areas.

Our data shows 1.5-2x distributions relative to contributions since 2012 – LPs were restocking their coffers. So, the choice was: divert that capital to real estate or oil or public stock – or reinvest it back to venture. And I think the story is that they put it back and even increased their exposure to venture. The result of this was megafunds being raised and fund sizes getting bigger. And when you poll LPs and VCs, which we’ve done, to ask what they think, the low interest rate environment is an important factor of why venture markets have continued to be bullish.

Another factor is the rise of the so-called CVCs. Not only are there new CVCs, but they’re writing much bigger checks. So the traditional people we all know about like Salesforce Ventures, Intel, Comcast and so forth all continue to write checks. But who would have expected companies like GM, BMW and UPS to set up funds or invest in startups?

Terms are shifting back to being founder-friendly. And salaries are on the rise. I’m willing to bet that option refreshes are also on the rise. I would say all of that’s true, and I expect that to be true for 2017 and 2018 unless there’s an unforeseen black swan.

Under a Trump administration, one other thing that is likely to happen is the repatriation of capital for the large corporates, including the global tech giants. I think that cash will find its way into increased venture financings and M&As. What’s more, I polled 240 respondents from LPs and VCs about various aspects of the new administration and its policies. Although there were concerns on specific issues, when you ask the macro question – do you think this is going to have a negative impact on the venture financing markets – overwhelmingly, almost everyone said ‘No.’ However, we conducted this survey before the inauguration. Now given the events over the last 10+ days, the sentiments might have changed.

M&A has picked up, which encourages more investments into the sector. M&A has also increasingly come from non-traditional buyers, so it’s not just the usual suspects; think Walmart buying Jet.com, or Unilever buying Dollar Shave Club. It’s likely going to continue, so I’m pretty bullish on the venture financing markets for 2017-2018.

Some of the headline tech IPOs will probably define the mood of the coming year or two. There is a backlog of venture finance businesses that are getting much larger, so at some point, it may make sense for them to become public. If there are good deals they’ll get done.

Mark Suster is a Partner at Upfront Ventures. He joined the firm in 2007 after having previously worked with Upfront Ventures for nearly 8 years as a two-time entrepreneur. Before joining Upfront, Mark was Vice President, Product Management at Salesforce.com following its acquisition of Koral, where Mark was Founder and CEO. Prior to Koral, Mark was Founder and CEO of BuildOnline, a European SaaS company that was acquired by SWORD Group. Earlier in his career, Mark spent nearly ten years working for Accenture in Europe, Japan and the US.

Mark looks to invest in passionate entrepreneurs in early stage technology businesses. His interests include Digital Content and Distribution, AdTech, Consumer Internet, and SaaS businesses and he has deep operating experience having started and sold his last two companies.

Upfront Ventures is a Los Angeles-based venture capital firm that is focused on investments in early stage technology companies.