In conjunction with our Q3 Venture Financing Report, I sat down with Brad Feld, co-founder of the Foundry Group, to get his take on the current state of venture capital investing.

A few highlights from Brad: 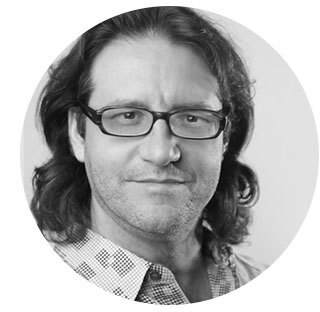 Market outlook: “The existential freakout that occurred in January and February seemed like the distant past with the lingering hangover being a clearer focus on valuation and overall funding needs from new investors.”

Deal flow: “Most importantly from my frame of reference, the amount of activity at the early and seed stage seems to be extremely robust.”

Series B Crunch: “…the “Series B” problem is simply calling out something that has always been around – it’s tough to get the mid-stages funded.”

Advice to Founders: “Yoda was right – do or do not, there is no try. Decide to do it. Then do the work.”

Based on Cooley data for the quarter, how does your experience in the market compare?  Similar/different?

The tone of Q3 felt like a continuation of Q2 with summer vacations tossed in. The existential freakout that occurred in January and February seemed like the distant past with the lingering hangover being a clearer focus on valuation and overall funding needs from new investors. While there are a few clear trends in the data, such as lower valuations for Series A through C rounds and more flat rounds, the overall changes from Q2 is not dramatic.

As far as deal terms, is the pendulum favoring companies or investors? Will this continue through the year?

It continues to be highly dependent on company, stage, and location. At the early stages, raising the first $2m tends to be straightforward in most geographies that have meaningful startup communities. At the same time, if you are a clearly successful growth company, there is a huge amount of capital available once you’ve reached a point of clear success (often after $20m – $40m has been raised). The stage in between – what used to be called a Series B or Series C – continues to be extremely hard to raise unless you are clearly on a very rapid growth trajectory.

So – for early stage companies (Pre-Seed, Seed, Series A), the terms tend to be clean and simple, and valuation is in a modest range that probably has a median around $5m. For growth companies (usually Series D or later), there are pretty clear market comparables based on growth rate, revenue, gross margin %, and type of company. For everything in between, good luck and be flexible.

Any current trends that stand out to you that are changes from the 2015 environment?

The word unicorn was used about 1000 times more often in 2015. There is much less focus on a $1 billion private valuation (thankfully) as both entrepreneurs and VCs have again shifted much of their discussion to what needs to be done long-term to build a successful company. There’s a lot less whining about the public markets, although there continues to be many opinions as to whether going public is a good thing along with whether it’s smart or stupid to delay the decision as long as possible. I’ve already forgotten what the trendy things of 2015 were since AI, machine learning, bots, and autonomous cars are all the rage, although it’s almost 2017 so it’s time for something new. M&A activity on one hand seems very lively, although it’s less in everyone’s face. Most importantly from my frame of reference, the amount of activity at the early and seed stage seems to be extremely robust.

We make around ten new investments every year. We’ve made seven so far this year and have three more that are in process, so we are right on track. I expect we will make around ten new investments in 2017. Since we are early stage investors, it simply doesn’t matter if we are a short term bull or bear. We are long-term extremely optimistic about the opportunity to invest in and help build important, new, innovative technology companies.

For a couple of years commentators in the market has talked about a “Series B” problem.  Do you see evidence of that issue, and if so it is the problem getting larger or smaller?

It’s the same. There is a huge capital supply gap for companies that are in between early startups and companies that are successful growth companies. As a result, the “Series B” problem is simply calling out something that has always been around – it’s tough to get the mid-stages funded. Early is a lot sexier, exciting, and easier – you are selling your future vision. Late-stage is more straightforward to evaluate. Mid-stage is when you are now selling reality and are often too early to show that you will be a large, long term successful business.

What is your advice to a company seeking its first capital?

Yoda was right – do or do not, there is no try. Decide to do it. Then do the work. If you want hints, my partner Jason and I wrote 200 pages of them in our book Venture Deals: Be Smarter Than Your Lawyer or Your Venture Capitalist* (*unless they are from Cooley…)

Do you see a substantial uptick in private and growth equity in the market?

If so, how does that influence the venture market or your investment strategy? This is mostly impacting the later stages. In 2015, there was a huge influx of hedge fund, crossover, and private equity investors doing late stage rounds. Clearly the moonbeams the unicorns were riding attracted them. This vaporized at the end of the year and in Q1 as the public markets corrected. Private equity investors seemed to shift primarily to acquisitions of these companies rather than investing while large amounts of international capital suddenly showed up. For us, none of this really matters as it tends to be short term in nature driven by a variety of often conflicting forces. We try to keep our heads down and just help finance our companies continuously through all stages.

Well, there’s this thing called an election which hopefully will be over soon. In addition to creating some certainty about the dynamics in our government going forward, it’ll also result in a decrease of political advertising in all media, which I generally think will enhance my life although some adtech and media companies will be bummed out about it. Beyond that, I have no real clue about the macro.

In addition to his investing efforts, Brad has been active with several non-profit organizations and currently is chair of the National Center for Women & Information Technology, co-chair of Startup Colorado, and on the board of Path Forward. Brad is a nationally recognized speaker on the topics of venture capital investing and entrepreneurship and writes the widely read blogs Feld Thoughts, Startup Revolution, and Ask the VC.

Foundry Group is a venture capital firm focused on making investments in early-stage information technology, Internet and software startups. Their passion is working alongside entrepreneurs to give birth to new technologies and to build those technologies into industry-leading companies. They are based in Boulder, CO, and invest in companies across North America.