In conjunction with our Q2 Venture Financing Report, I sat down with Felicis Ventures’ founder and managing director Aydin Senkut to get his take on the current state of venture capital investing.

A few highlights from Aydin 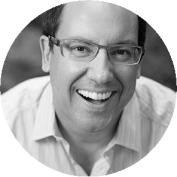 Deal focus: “What’s really interesting is that in the last three quarters at least we pretty much exclusively did Seed and Series A deals.”

Cash: “The best way to counter [down rounds] is for companies to be a lot more hawkish on cash management. We [Felicis Ventures] have always been advising our companies to not go below 9-12 months.”

Deal terms: “The most dangerous takeaway is for every founder to think that they are one of those few companies that can dictate terms even under these circumstances and this market.”

Exits: “The IPO market is going to be better than what people think right now. I think there will be pockets of opportunity, given that in the near future it would bode well for large scale M&A and IPOs and the companies that are in mid-stage. I feel that’s a really good pocket of opportunity for activity towards the end of 2016 and early next year.”

Based on the Cooley data that we shared, how do your experiences compare? Are they similar or different, and what are your overall views of the current investment environment?

Your Cooley report was great because it triggered us to check our stage mix in the last five or six quarters. What’s really interesting is that in the last three quarters at least, we pretty much exclusively did Seed and Series A deals. We’re noticing a little bit of overheating in the market in the beginning of last year in which we did have some mid-stage deals, but starting in H2 of last year and into H1 of 2016 we have essentially seen [only] Seed and Series A deals.

I also noticed that investments drastically decreased in Q2, which is interesting because Q1 was a record fundraising [quarter] for VCs – I’ve checked our own data. We actually had a huge jump in Q2 investments ourselves, so I don’t want to say it is reversely correlated with the market data, but I think we tend to be kind of countercyclical to market. We pride ourselves on being a little bit contrarian in terms of what’s happening in the market.

Looking forward: with this much new money raised on the VC side and the amounts decreasing this much, I feel that it’s going to come back a little bit in subsequent quarters. However, there will be more opportunities in the mid-stage realm because there’s been a little bit of an over-correction; multiples have come down drastically. There are still great companies out there, so as far as we’re concerned, that’s going to be an interesting part of the market to view.

We’re seeing kind of a dramatic shift in exits – in large-scale M&A and IPOs – and that means that there’s a lot more risk on Seed and Series A deals. So unless they’re in chosen sectors that are very hot, like AI or security, it will be very interesting to see how it develops because we do not see a drastic number in the increase of exits. Those exits are now getting more and more concentrated to public markets and large-scale M&A.

I was talking to an investment banker at a very reputable firm who estimated that a hundred billion dollars of market cap had been taken out of public markets in the last couple of quarters. That’s a huge gap and that money still has to go somewhere. So the IPO market is going to be better than what people think right now. That will be true especially next year, and at the end of this year, so I’m a little bit more bullish on that side.

Also, we’ve seen cash management on the company side, all over the place. In terms of correlating to the data from Cooley of more down rounds and flat rounds, I feel like at least through the end of this year you’re going to see that trend. It might even accelerate a little bit. I think we’re only seeing the tip of the iceberg and we’re probably going to see a lot more companies coming to that crossing point of iwhether or not they have to raise cash. The market dynamics have not changed, they’re going to have to accept lower multiples even if it’s not a very terribly appealing choice.

So Aydin, your view is that this significant increase in down rounds that we saw in Q2 is the beginning of a trend that you see possibly going through this year and into early 2017?

I would say at least through the end of the year, maybe early 2017. The best way to counter it is for companies to be a lot more hawkish on cash management. We have always been advising our companies to not go below 9-12 months. They should take six months as the absolute line because that’s the absolute minimum time to still be able to manage a funding round and maybe extend the six months to nine months before things get really dire. But unfortunately we are seeing a lot of companies out there that are fundraising because they have critical funding needs because of priming, not necessarily because of the momentum of the business.

Let me ask you quickly about deal terms. The past couple of years the pendulum’s been on the side of the companies. Do you see that in deal terms, and do you see that pendulum swinging toward the investors – and will that continue?

A key point to make here is that these things are not a rule. So even with us, we have different trends ourselves to the overall market. I think the most important thing to note is that when multiples are friendlier, valuations are friendlier.

Also, we’re seeing a higher polarization of haves and have nots. The most dangerous takeaway is for every founder to think that they are one of those few companies that can dictate terms even under these circumstances and this market. But it’s not applicable to the broader market and I have a drastically different experience.

You mentioned a couple of sectors: artificial intelligence and security. Are there other specific sectors that you feel will remain very hot through the year as far as investors are concerned?

There are a few others. We’re seeing a lot of activity in fintech. It has been a great sector for us. Also, we are very excited about next-generation mobile solutions. We call them “mini SAPs” for unsexy verticals like, things that are similar to mobile enterprise solutions that are very easy to use but have not had a traditional solution before. Where people have been using Excel or pen and paper. And then there are few other areas that we are tracking – it may be premature to say that they will be ‘hot’ areas, but areas that people are not thinking so much about today, like the implications of next-generation gene sequencing. I’m also thinking about things that are related to health and longevity. I see the recent exit of Stemcentrx for ten billion dollars, and I think people are being too underweight on the biotech side of things. We are certainly spending a decent amount of cycles to look at companies over a broader range including in health and biotech.

How many deals does Felicis expect to do this year?

We don’t really measure things on a deal pace. We obviously track the dollar amount to make sure that we keep the consistent base, but a lot of it is opportunistic. We also have outbound tracking lists and we only make investments predominately in our chosen sectors, or sectors we think are going to be very interesting, rather than reacting to what comes in over dealflow. So that means that our deal pace varies significantly from quarter to quarter. I did check our activity, and it drastically increased in Q2 of this year, kind of in exact opposite direction to what I’ve seen in the Cooley report, where at least deal amounts, if not the number of deals, has gone down quite a bit.

I think the deal volumes didn’t go down as much as the invested capital, but I think that’s probably tied to fewer large later-stage deals.

It might also have distracted the firms – that could have been a factor in this interesting shift. What will be interesting to see is if that trend continues over multiple quarters or if it was just an anomaly that happened in just one quarter. That’ll be very interesting to track.

I thought it was interesting what you said that because of the large scale M&A, there’s been a lot of dollars of market cap taken out of the public markets, and so you’re actually looking for a better IPO environment later this year and next, correct?

That is correct. Most of the exit potential is in large-scale M&A and public companies, and meanwhile, the most stressed part of the market is in the Series B and Series C round. Given it is the mid-stage rounds where valuations have taken the biggest hit, it bodes well to make mid-stage investments right now. That is very counterintuitive because lot of investment firms are thinking that multiples have come way down, and I think they’re pushing the companies too hard on the valuation side. I suspect there will be pockets of opportunity though, given that in the near future it would bode well for large scale M&A and IPOs and the companies that are in mid-stage. If they have a dominant position, they’re probably in the best context to be able to benefit from that trend; their multiples have come down. I feel that’s a really good pocket of opportunity for activity towards the end of 2016 and early next year.

Aydin Senkut is the Founder and Managing Director of Felicis Ventures. An original “super-angel” investor, he was named to Forbes’ 2014, 2015 and 2016 Midas Lists, and previously appeared as one of the top 15 tech angels in Businessweek. Aydin is well-known as an early backer of a number of iconic companies including Shopify (NYSE:SHOP), Fitbit (NYSE:FIT), Adyen, Diffbot, Greenhouse, Credit Karma, Rovio and Vicarious. His recent focus areas include consumerization of enterprise, next gen financial services, along with AI and machine learning.

Felicis Ventures backs the world’s iconic companies of today and tomorrow. They have a passion for product and out-of-the-box thinking. They solve problems and dominate critical markets.

As a boutique venture fund, Felicis Ventures customizes their relationship with each portfolio company in a way that is meaningful and critical for them. The firm focuses on 5 key areas – mobile, e-commerce, enterprise, education and health – and on what they believe to be new groundbreaking technologies, such as AI, 3D imaging, bio informatics, and connected devices.