In conjunction with our Q1 Venture Financing Report, I sat down with Adam Valkin, managing director at General Catalyst, to get his take on the current state of venture capital investing.

A few highlights from Adam: 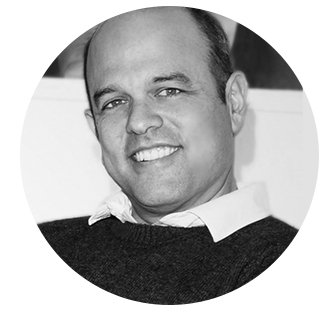 Outlook on 2017: The market has really benefited from a new influx of capital. In the consumer space, however, a lot of investors are taking it slower as they figure out what’s next and when.

On geography: Venture capital is very local. It helps for us to be present on a day-to-day basis. The major innovation cities have ecosystems where one founder may lead us to another and where our companies benefit from our relationships with influencers, co-investors and talent.  With early-stage companies, we try to stay focused from a geographic perspective.

On nascent sectors: There is a lot of excitement and conviction about what the future will look like, but a lot of uncertainty about what the timing of that will be. A question on people’s minds is: What is the right timing to invest in new platforms?

What’s next: We are entering a phase in which a lot of entrepreneurs are thinking about a full-stack rebuild of the entire consumer experience. You are seeing this in living, travel, workspace, food, insurance and financial services.

What trends have you seen in the market over the past quarter and how are these trends affecting the specific sectors and companies that you’re looking at?

During the course of 2016 we saw a strong, solid investment pace and that seems to have continued in 2017.

There have been hundreds of new seed and micro funds, and new players that can play at the very early stages. In some ways, there has probably never been a better time to be a startup entrepreneur because there are just so many pockets of capital to give you that initial money to support your entrepreneurial vision and dreams. In addition, there is the significant reduction in costs and friction associated with getting started and getting traction. That, combined with the capital access, just means there is a lot of activity.

Also we are seeing larger and larger seed rounds and you see Seed 1 and Seed 2 rounds, which sometimes are a substitute for raising a Series A. We did see a decline in volume of Series A opportunities in the consumer sector despite a large funnel of seed-funded companies. This can be attributed to a number of factors, including the fact that we are in the late stages of a cycle where many of the big players have emerged and are leveraging their power to expand into new areas and consolidate. We also have seen the end of the mobile gold rush. So in the consumer space, a lot of investors are taking it slower as they figure out what’s next and when.

The one area that continues to be a bit tricky is Series B financings. There is a lot of data being generated and investors have a high bar and increasing sophistication in interpreting financials, metrics and cohort analysis.

There are huge amounts of later stage capital available – not just from the venture capital and private equity folks, but also hedge funds, crossover funds, corporations, family offices and international sources of capital that are all on the search for companies that have found their way, may still have high growth prospects, but with a more contained risk profile.

I think most importantly investors are willing to pay for quality – for the best founders and companies. The great ones get funded at high prices while the ones in the middle have probably seen some downward pressure, especially in the later stage rounds.

Do you feel that our data is comparable to what you’re seeing in the market?

Prices are still generally high at the A and B stages. Your data shows that they probably haven’t increased a lot in the recent quarters – and that’s probably fair – but they haven’t come down a lot either. I think that the Series B and C probably are consistent with Cooley’s data. In terms of the later stages, there’s been some downward pressure, but we’re also seeing some fully-priced rounds done with our portfolio and also out in the market.

How are you thinking about investing in specific geographic areas? Do you have any sort of East Coast insight as compared to West Coast?

We are a national firm. Our offices are in California, New York and Boston – these are the areas that we concentrate on almost exclusively for Series A investing. Venture capital is very local. It helps for us to be present on a day-to-day basis. The major innovation cities have ecosystems where one founder may lead us to another and where our companies benefit from our relationships with influencers, co-investors and talent.  With early-stage companies, we try to stay focused from a geographic perspective.

For growth and later stage, we have a more open mind and we really will look at growth investments anywhere in the US and occasionally internationally. I think some of the trends we’re seeing is that San Francisco and the Bay Area continue to be extremely important for us. Our team has grown there. Our pace of activity has increased. We’ve been fortunate enough to be associated with some truly iconic companies out there, such as Snap, Stripe, Airbnb and others. So this remains a major focus.

We’ve also made a big push into New York over the last four years, recently opening an office in SoHo. We work with a number of very contemporary companies there, like Warby Parker, Oscar, Outdoor Voices, Cadre, ClassPass, WayUp, Vroom and Brainly.  We’ve also been encouraged by the developments in Los Angeles, where there’s a strong ecosystem developing. Our firm has invested in great companies there, like Snap, The Honest Company, Wag and Brighter. Both New York and Los Angeles are places where young, talented and creative people want to live. Investors should have a long term bet on both of those cities.

As far as deal terms, is the pendulum favoring companies or investors? Will this continue through the year?

There’s no doubt that at a high level it’s an entrepreneur-friendly environment out there because of the amount of capital that’s available to fund companies at all stages. It’s a marvelous time to be an entrepreneur. The pace of innovation continues.

But more and more companies that claim to be differentiated can start to look more similar to each other. Then comes the consolidation and triage phase and the big guys get really big – and a lot of people die. That’s happening.

Some of the emerging areas are still very nascent and there’s still a lot of timing risk. For example, in VR or autonomous vehicles – hot topics of 2016 – there is a lot of excitement and conviction about what the future will look like, but a lot of uncertainty about what the timing of that will be. A question on people’s minds is: What is the right timing to invest in new platforms?

Take VR. I am very bullish on it long term and we have bets in the space. I think the next year or two will be very tough from a consumer perspective in terms of penetration rates and engagement levels. It is certainly an exciting time, but there will be many casualties of entrepreneurs and investors going after huge opportunities and getting the timing wrong.

What else are you seeing in the market?

It has been interesting to see how global our business has become. Many of the large contemporary venture outcomes have been in China and Europe. Also increasingly we are seeing international capital sources coming into the US venture market.

I think we are entering a phase in which a lot of entrepreneurs are thinking about a full-stack rebuild of the entire consumer experience. You are seeing this in living, travel, workspace, food, insurance and financial services.

This often means actual buildout of physical locations – not something that tech venture capital was very excited about historically. Many investors are thinking about how to understand this, how to invest in it, how to justify it. It will be interesting to see how that plays out.

Adam Valkin is a managing director at General Catalyst and focuses on consumer and SMB-oriented businesses with an emphasis on mobile-first applications. Before joining General Catalyst, his investments included LOVEFiLM (where he was co-founder and initial CEO), Spotify, Hailo, Fiverr, Kenshoo, Flywire, GoCardless and Dragonplay. The companies he has been involved with at General Catalyst include Brainly, CCP, ClassPass, Deliveroo, Fundbox, Giphy, Super Evil Megacorp, Rebagg, Vroom and WayUp.