In conjunction with our Q3 Venture Financing Report, I sat down with Bruce Booth from Atlas Venture to get his take on the state of venture capital investing.

A few highlights from Bruce Booth 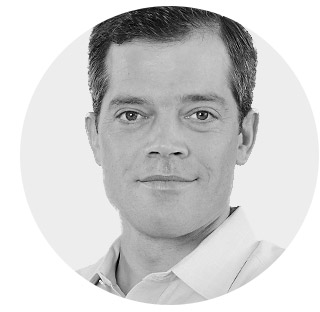 On shifting dynamics: These trends bring life sciences terms closer to where technology terms have been in recent years – where companies and entrepreneurs have many options to play off each other.

On pharma deal flow: There’s been a real disconnect between pharma partnering and the equity capital markets recently, in particular around M&A. … If the equity markets cool considerably, I would anticipate an increase in pharma dealmaking.

On market outlook: I think we’ll see a cooling of venture financing and public offerings through the end of 2018 with a likely resurgence in early 2019 as markets stabilize and IPO activity picks up again.

Based on Cooley data for the year, how does your experience in the market compare? Similar/different? Any surprises?

The Cooley venture financing data is very much in line with what we’re seeing in the markets, at least through September 2018. There’s a plethora of capital coming to venture, and it’s driving up both round sizes and valuations across the board, including early through late-stage startups. Over the past six years, up rounds have become the norm, representing nearly 90% of Q3 2018 financings. In short, abundant capital is chasing a limited number of deals.

As far as VC deal terms, is the pendulum favoring companies or investors, and do you think this will continue through to 2019? Are there any noticeable trends for early stage deals as compared to later-stage deals?

The pendulum is definitely favoring entrepreneurs and founders, which in life sciences also typically includes venture creation-focused investors. Most of the capital is coming into Series B and later rounds – often at attractive step-ups in value from the earlier rounds of financing. The number of rounds raising north of $100 million is more than five times where it was just a few years ago.

In terms of where we go from here, it’s hard to know how long the prevailing “risk-off” sentiment in the public equity markets will continue. October 2018 has been one of the worst months in a decade, with biotech indices off about 20% and general equities over 10%. I think we’ll see a cooling of venture financing and public offerings through the end of 2018 with a likely resurgence in early 2019 as markets stabilize and IPO activity picks up again.

Any current trends that stand out to you in Q1-Q3 that are changes from 2017? How does the life sciences industry differ from tech in this respect?

I think the long-term trend toward more company-friendly terms is worth noting. Tranching, once in the majority of life sciences deals only a few years ago, is now a distinct minority (one in five financings). Further, using participating preferred securities of some flavor was also very common – in 60% or so of life sciences venture rounds only a few years ago. Today those terms are used in less than one-third of financings. These trends bring life sciences terms closer to where technology terms have been in recent years – where companies and entrepreneurs have many options to play off each other.

Valuations are near historic highs for almost all stages of deals – does Atlas fear overpaying for deals? How challenging is it to put money to work in this environment?

We are early stage investors focused on new venture creation. That is, we predominantly back startups that we help co-found, incubate and seed in our offices around compelling science. Because of this, we generally don’t jump into later-stage rounds where the larger valuations have become common. Given the recent rapid trajectories of biotech companies into the public markets or early M&A deals, later-stage investors have to weigh higher valuations with the reality of missing out on compelling biotech IPOs and acquisitions.

As life sciences companies receive investor support, what trends are you seeing in terms of partnering and licensing deals?

There’s been a real disconnect between pharma partnering and the equity capital markets recently, in particular around M&A. Private biotech M&A has gone quiet for most of 2017/2018, and the equity markets were willing and able to fund startups at attractive costs of capital to further develop their own assets internally. The traditional power dynamic – where pharma and the public buyside “compete” for private biotech assets – has largely shifted in the past 18 months. If the equity markets cool considerably, I would anticipate an increase in pharma dealmaking.

Are you bullish or bearish on the accessibility of capital markets to life sciences companies as we progress through Q4 and head into 2019?

Given the October effect, I think we’re moving into a quarter where there will be some tightening of the financing markets. I’ve heard several bankers and public buyside fund managers comment that they are “pencils down” for the rest of 2018. I think we’ll see things resume with more momentum in the private and public capital markets in Q12019 when some of the macro issues have settled out.

Atlas Venture is a venture capital firm founded in 1980 and headquartered in Cambridge, Massachusetts. The firm seeks to invest in breakthrough biotech companies with remarkable life sciences entrepreneurs. Its portfolio spans a spectrum of investment approaches, from asset-centric product plays to big biology drug discovery platforms.