In conjunction with our Q3 Venture Financing Report, I sat down with Lauren Loktev from Collaborative Fund to get her take on the current state of venture capital investing.

A few highlights from Lauren: 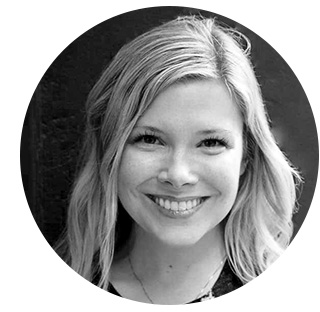 On dealflow: This year, Collaborative has seen a continuation of healthy capital flow, a surplus of competition among VCs for what are perceived to be the best deals and, generally, an uptick in valuations across rounds.

On social impact: We truly believe that paying attention to social impact and having strong values and a message around moving the world forward is a competitive edge – both for businesses as well as for investors.

On Collaborative’s year: I’d say a typical case for us is making an investment every six weeks or so, and that has been consistent in 2017. I anticipate this trend to continue in 2018.

On shifting consumer behavior: Consumers are increasingly demanding products with great stories and ones that fundamentally align with their values.

Cooley Q3 VFR data indicates there has been a continued climb in median pre-money valuations across all deal stages. Added to the fact that this still seems to be a robust financing environment, based on yours and Collaborative’s experience, what are your thoughts on the data? Similar, different? Any particular views on the environment, especially from an early stage investor perspective?

Our experience has certainly matched what’s coming through in Cooley’s data. In Q4 of 2015 through Q1 of 2016, many people thought we might be seeing the top of the market and the start of a decline. It felt like there was a real pull back in terms of number of deals closing, valuation and, to some degree, round size. Generally, there was the feeling that people were starting to become a bit more bearish on the market and that those dynamics would continue.

Around that same time, many very large funds were raised. This was coincidentally the biggest quarter for VC fundraising (at a fund level, raising from LPs). So the market quickly corrected out of that phase, and it felt like by the time that we hit the end of 2016, we were getting back to where we had been before that slight softening.

This year, Collaborative has seen a continuation of healthy capital flow, a surplus of competition among VCs for what are perceived to be the best deals and, generally, an uptick in valuations across rounds.

One trend that may not perfectly come through the data, just from looking at the pre-money valuations, is that while valuations are certainly increasing at the seed level, at the same time, round sizes are also increasing. I think part of this trend stems from the fact that more traction is now required for a Series A. In some ways, seeds are now what might have been called Series As a number of years ago, and on and on through the capital stack. Therefore, many more seed rounds are being done at the $3 million dollar round size, which is much larger than we have previously seen. We have also noticed multiple companies for which it is in their interest to raise sufficient capital so that they can get to significant proof points before their Series A – mainly to ensure they have sufficient runway to reach that higher bar. I think, overall, companies that are successfully raising a Series A are probably farther along from a revenue and growth perspective than historical Series A companies.

How are you feeling about valuations? Any nerves?

Yes and no. I think that we’re going to see fluctuations in the market such as these, and that’s just the nature of investing cycles. It forces us to be more thoughtful and disciplined, and to hunt where others aren’t. The main thing that concerns me in this market is that having a lot of capital generally doesn’t encourage strong business fundamentals. I tend to believe that if a company has too much money, it can actually hurt them. There’s a level of feeling capital constrained that can actually push a business to be more nimble and to build that business in a smarter way.

Deal terms still seem to be very company-friendly. Is that your experience and do you see that trend continuing?

We certainly see deal terms remaining very company-friendly and I anticipate this trend continuing. There is so much capital out there with so many new funds that a lot of great companies are seeing multiple term sheets and competitive rounds. Therefore, a number of investors are of the mindset that they don’t want to lose a deal over terms, unless maybe if that term is valuation. We’ve even seen some instances of taking standard term sheets and removing more investor-friendly provisions from them solely to eliminate reasons for a company to say no. As long as these funding dynamics continue, we’ll continue to see company-friendly deal terms.

Collaborative places a lot of focus on social impact investing, which seems to be gaining good momentum. Tell us a little bit about that strategy and how you see it playing out in relation to the trends we’ve been talking about in the overall market.

Our focus at Collaborative is on companies that are pushing the world forward and are really at the intersection of for-profit and for-good. Our belief is that the very best founders have a multitude of choices with what they can do with their time, and many of them want to find meaning in their work and in the company they’re building. From that perspective, paired with consumers now opting to vote with their dollars, we truly believe that having strong values and a message around moving the world forward is a competitive edge – both for businesses as well as for investors.

In the broader social impact ecosystem, I think a lot more is happening in the concessionary capital types of impact investing too. However, the concept of true alignment between positive for the world and positive for the business is gaining momentum. That’s powerful. We’re thus seeing more pools of capital being created in the likes of seed funds like ours as well as farther along the capital stack. Increasingly, we hear discussion about mission and values from growth funds. It feels like every other week there’s news about endowments devoting part of their assets under management to this type of investing. I find that shift really positive and exciting.

Do you ever see deals that financially may get over the bar but you back away because you don’t see the social impact component?

We do. We typically don’t tend to spend much time evaluating them, so I think it’s rare that we actually get to the finish line on a deal and then back away because of the social impact component. There are a lot of businesses that just don’t fit our thesis that still may be a good financial investment.

Collaborative has been steady in terms of our deployment over the last few years, although quarter to quarter that may vary. I’d say a typical case for us is making an investment every six weeks or so, and that has been consistent in 2017. I anticipate this trend to continue in 2018.

I know you’re a seed stage investor, but any thoughts on later stage private financings being larger and valuations increasing? What are you looking for as far as the IPO market in the next 12 to 18 months?

While public markets are not my area of expertise, I do think that there is a real need on a couple of levels for more of that type of liquidity. On the one hand, there are many unrealized valuations right now, and the lack of IPOs is challenging from that perspective. But, on a macro level, I am concerned by how fewer and fewer companies are going public and are waiting so much longer to do so. That means that retail investors are not getting the opportunity to invest in businesses when they’re in this hyper-growth phase, so all of that growth is effectively accruing to a smaller group of private investors. My hope is that those dynamics start to change, but I don’t have a strong point of view on whether they will. That said, it does feel like momentum and the tone of the public markets would support that shift.

Blue Bottle was recently acquired by Nestle and Collaborative was an investor in Blue Bottle. Could you tell a bit of the story – namely how you got involved with Blue Bottle and how the deal evolved?

The initial investment was before my time, but we really loved the brand. The founder had incredible energy and a deep understanding of the coffee market. We believed that consumers were ready for a new type of retail coffee experience that felt more artisanal and had clear lines to the production of the coffee itself – one that supported coffee growers. I think Blue Bottle as a brand, overall, aligns with our belief in the way that consumer behavior is changing. Meaning that consumers are increasingly demanding products with great stories and ones that fundamentally align with their values. I think Blue Bottle is one of the first in the coffee business to become a beacon for what that means within that industry.

Any final thoughts about the investment environment?

I think the only item that we haven’t touched on is that, increasingly, many venture capitalists are starting to believe that the nature of consumer software is fundamentally changing as incumbents in the space are now incredibly innovative and fast-moving – namely, Google, Facebook and Amazon. As a result, many investors are increasingly shifting their focus. A lot of investing is still happening within consumer software, but investors are starting to spend more time on emerging technology and consumer products.

There’s been a meaningful shift in the consumer product space as we’re seeing a really rich exit landscape where many incumbents feel the need to acquire businesses to reach a different customer set. There’s definitely exit opportunity in that area that I think will continue to fuel the industry. Simultaneously, there is plenty of emerging technology, particularly Blockchain, that is still in really early days, which could lead to high levels of growth.

Lauren Loktev is a partner at Collaborative Fund. She is based in San Francisco and spearheads Collaborative’s efforts with Collab+Sesame, a fund created in partnership with Sesame Workshop to invest in companies helping kids and families. She previously served as senior vice president at New Island Capital Management, a mission-driven firm investing in sustainable food and consumer products, marketplaces, education and the environment. Lauren also worked in Cisco’s Smart Grid business unit, focusing on strategy and regulatory affairs, as well as at Green Era Corporation. Prior to business school, she served as a senior analyst at Cornerstone Research. She received a BA in Economics and International Relations from Pomona College and an MBA from Harvard. Lauren enjoys cooking, singing opera with her dog and exploring the many great hiking trails and wineries in the Bay Area.